Spectron is the German supplier and manufacturer of systems and components for the distribution of various gases. 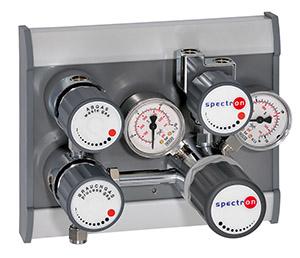 Due to the large amount of options offered in combination with ample positioning options, an almost infinite number of variants is possible. The existing configurator was created in Excel and became increasingly difficult to maintain. This became an issue, especially when its creator started working for a sister company.

The solution was found in Merkato, which was sold and implemented through our German dealer. Merkato is mainly used by the in-service sellers, who can configure products with a few clicks. This creates quotes, product sheets, installation drawings, parts lists and a assembly sheet with the minutes to be spent.

Want to know what Quootz can do for you?